Creating the book trailer for HUMAN, was a huge undertaking and an incredible project to be involved with.

The trailer was shot on two separate locations over two days, first at the University of  Melbourne, in the Physics Department and the gardens, and secondly, in the stunning Sherbrooke Forest National Park in Dandenong, Melbourne. Both days were long and inspiring as the creative and technical team pulled together some unforgettable moments to bring the HUMAN story to life. Under the direction of independent film-maker Clayton Smith, the essentials of the story were shaped into a cinematic trailer that shows what a rich and powerful journey Ivy Carter takes in HUMAN.

For more on this amazing experience, read my full blog post here: THE MAKING OF THE HUMAN BOOK TRAILER 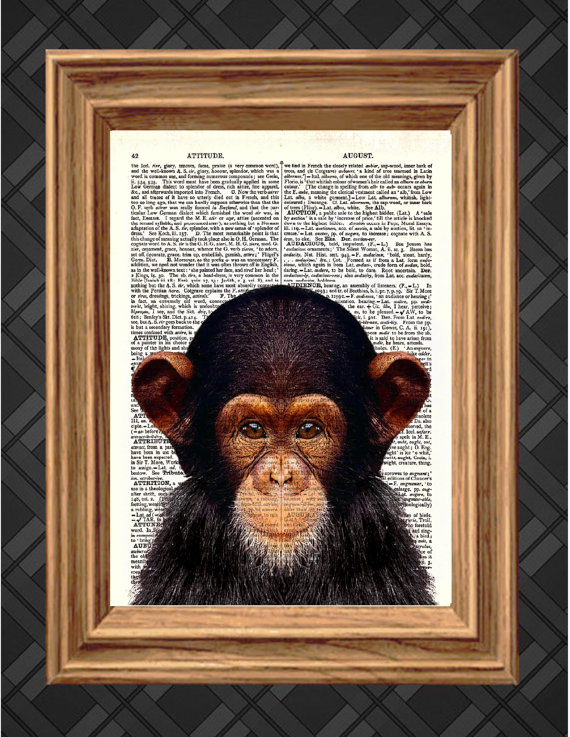 A picture from Ivy’s archaeology lab <3 Making Ivy’s hide skirt…. not easy on the fingers!

Rob and Jasmine chatting between takes at Melbourne University. 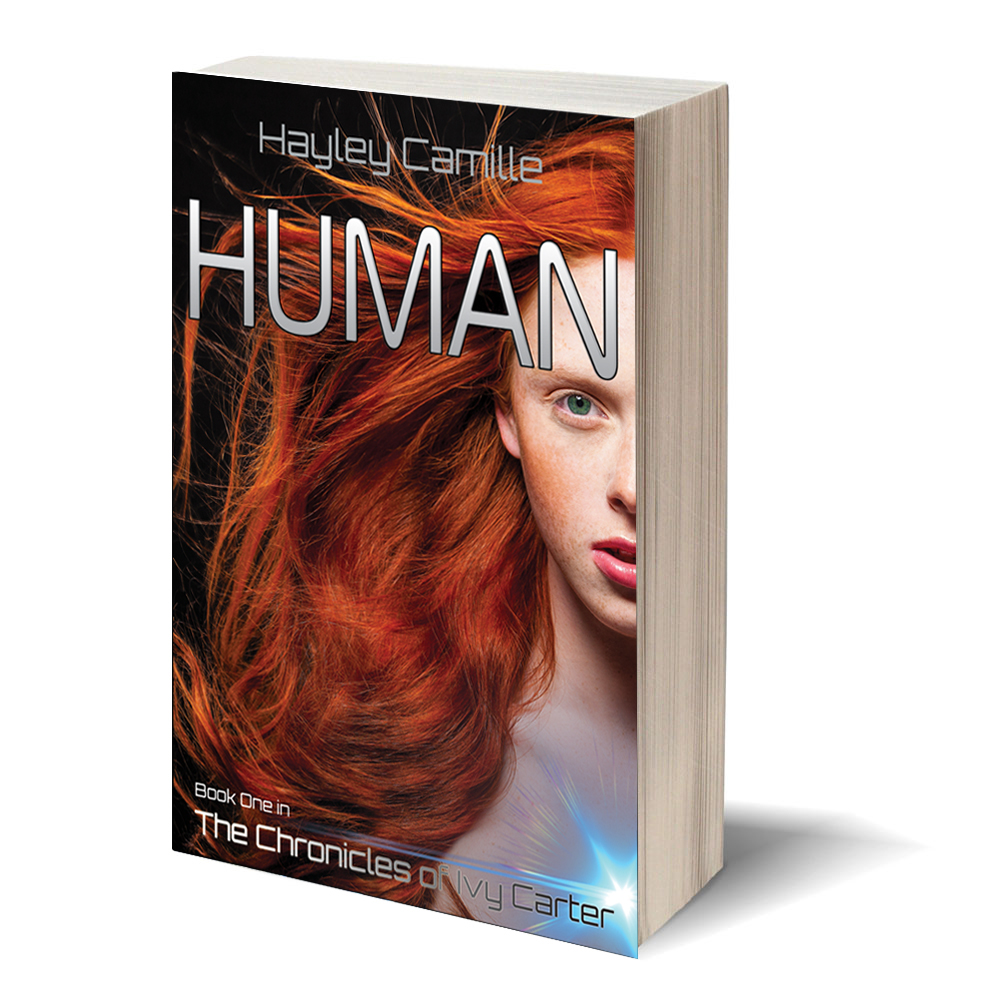 HUMAN – Available on Amazon in Paperback or eBook The hominid evolutionary family tree, do you see yourself? Ivy’s hide skirt, laid out and ready to hand stitch with leather and an awl. 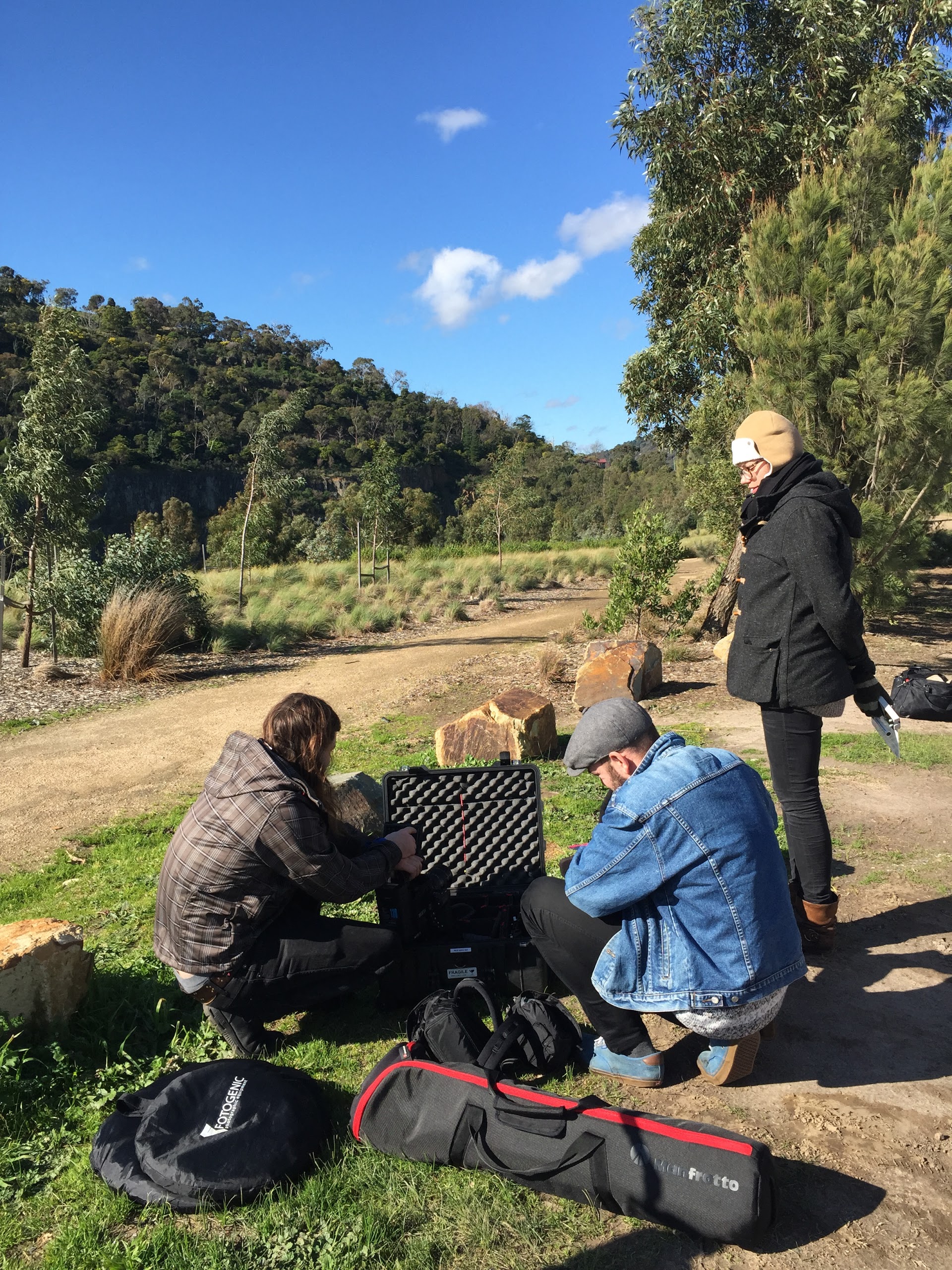 Some of the props, ready for filming the HUMAN cinematic book trailer Filming finished for the day! University of Melbourne – the Clock Tower Floni – a woman of the Homo floresiensis tribe 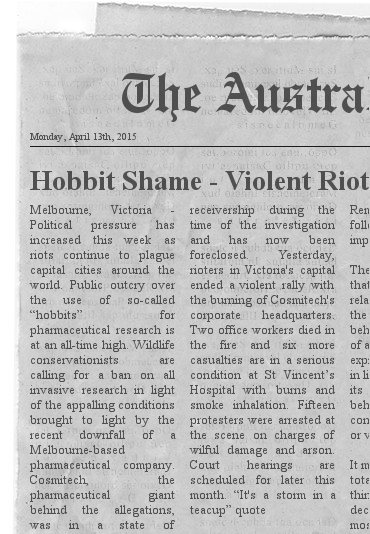 The world is falling apart around physicist Orrin James. A sacred place to leave your handprint… The hafted obsidian point of Ivy’s spear. Ready to strike. Ivy’s amulet before engraving. Win your own amulet – Hashtag #IvysTribe on Social Media to be in the draw! The finished handle of Ivy’s spear. Leatherbound and perfectly balanced. Filming Ivy at her microscope. Clayton directing (at back), cinematographer Filip with the camera and Alex recording sound with the microphone. Clayton directing Jasmine on the cello, as cinematographer Fil gets ready to film and Rachel stands by for hair and makeup adjustments. The book trailer was filmed in the beautiful Sherbrooke Forest – Dandenong Ranges. Ready to fight back… Ivy’s messy desk in the Archaeology Department of The University of Melbourne. Lost in a prehistoric cave in the jungle… Have you seen Ivy’s amulet? Ivy’s amulet. All is not what it seems… At the end of a long day in the rainforest! Rob and Jasmine chatting between takes at the University of Melbourne